In the early 2000s, Dan Kopp was finishing up his 13th year working at Sprint as a Design and Software Engineer after serving in the Air Force for six years.

One day, he had a long talk with one of his managers about life and what the future may hold. She told him: “The future is yours. You can achieve anything you want to if you set your mind to it.”

“That’s when I decided that I wanted to have control over my own destiny,” Dan explained. Today, he is a Batteries Plus multi-unit franchisee with four stores under his belt.

Making the Switch from IT

Dan loved working in IT, but he was missing out on what is still one of the most important aspects of his life: his family.

“If I was going to work [so many] hours a week, I wanted it to be something I was working toward for myself and for my family,” he said.

One day, his brother-in-law came to him to discuss an opportunity with an automobile franchise. While Dan did not feel as though that specific franchise option was right for him, he fully supported his brother-in-law, and that’s when he got to learn more about franchising and all it has to offer.

When Dan decided that he wanted to open his own business, he had plenty of options to choose from.

“Franchising made a lot of sense to me. It allowed me to get the startup help that you would normally spend a lot of time and money fumbling your way through to learn,” he said.

Given his IT background, he was drawn to Batteries Plus, as it was a lot more tech-based than most franchise options. The fact that there were already existing Batteries Plus locations in the area was a huge plus for Dan. 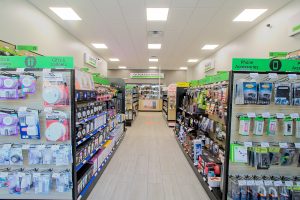 “They already have a proven model of success,” he added. “They have a POS system that’s integrated into your supply chain, training that you get before you even open, and the business was already recognizable by name.”

Dan also appreciates the support and training he received both prior to opening his locations and throughout his time as a franchisee. He considers himself fortunate to have a strong relationship with the corporate team, as well as the other stores in the Kansas City market.

The Icing On The Cake

Today, Dan owns the Batteries Plus stores in Overland Park, Kansas and Independence, Missouri, along with co-owning the Olathe and Shawnee, Kansas locations with his brother-in-law, Guillermo.

One of Dan’s favorite aspects of the Batteries Plus brand is that it provides excellent support to veterans. With Dan having served in the Air Force and Guillermo being an Army veteran, they appreciate not only the support they get as franchisees, but the fact that the franchise honors all those who have served.

Over the years, Batteries Plus has been ranked among the top franchises for veterans by Entrepreneur Magazine and Military Times.

Seeing as Dan originally transitioned to business ownership to spend more time with his family, it sure paid off. In fact, several members of his family are involved in the day-to-day operations of his stores. 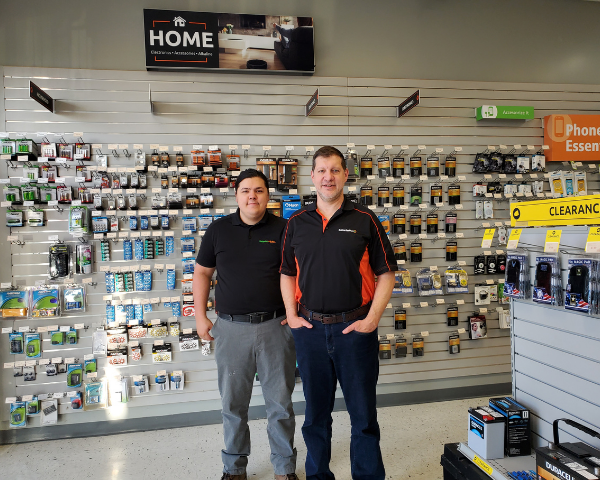 In addition to running two of his stores with his brother-in-law, his son manages his Independence store, his wife is the store manager at Overland Park, his sister-in-law is his office manager and his daughter works part-time doing phone and tablet repair.

Not only does Dan keep his family involved in the business, but they also work hard to instill that family aspect within their team.

“We have several core employees that have been with us for years,” Dan said. “In fact, there’s one who’s been with us since we opened our first store 14 years ago.”

Dan credits this to their “3-pronged approach” when it comes to employees. First, they make sure they are always transparent with anyone who joins their team.

“We like to create a family culture and take the advantage of the strength of a small business. Our team gets to know us and we get to know them,” he explained.

To do this, Dan and his family hold regular meetings for their team to provide input and ideas.

“We want to make sure we address any issues and that they have a say in our programs and promotions,” he added. “We also have flexibility to adapt when needed. Like if an employee has a wedding to go to, we can adjust the schedule.”

Dan credits this “personal touch” as a large part of the success his stores have seen so far.

Second, they have a strong training and incentive program. When each employee starts, they have their own growth strategy and goals set. They undergo well-established training to ensure they are on track to meet these goals, and the open-door policy allows for plenty of guidance and reassurance.

Finally, they make sure to create team events for everyone to get together outside of work.

“It’s really important to us to have these fun events where our team can just come together,” Dan stated.

Dan is thoroughly enjoying running his businesses, spending time with his family, and looks forward to everything that’s yet to come. With his family helping run his stores and his son working as a manager, he very well may follow in his father’s entrepreneurial footsteps. Meanwhile, his daughter is getting ready to go off to university to chase big dreams of her own. I guess you could say it runs in the family.

Build Your Franchise Portfolio with Batteries Plus

Want to learn more about becoming a Batteries Plus franchisee? Click here to access our contact form to receive more information about making Batteries Plus your next rewarding investment!